"Greater love hath no man than this, that a man lay down his life for his friends" - John 15:13

'The whole armor of God:

...Your loins girt with truth; the breastplate of righteousness; your feet shod with the gospel of peace; the sheild of faith; the helmet of salvation; the sword of the Spirit; the Word of God...'  (from)  Ephesians 6: 10-18 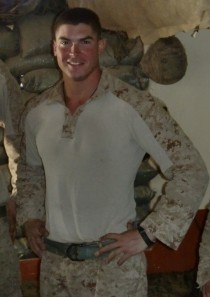 We the parents and family of Kyle, our beloved hero, began his Foundation in his memory and to honor his legacy. He lived by Honor, Courage and Committment, the Marine Corps Motto. The Holy Bible verses from Ephesians 6: 10-18, were very important and meaningful to Kyle. As parents of a fallen Marine, we cannot explain where this internal flame begins to honor, serve and protect.  We do know it starts at a very young age.  One does not set about to raise a Marine, only to guide a child to a productive adulthood and be a decent citizen. Reflecting upon Kyle’s life, we believe now that Kyle was destined for it, it is a flame that begins within so early that parents are not aware.  Kyle, a special individual, knew though, and showed small signs of what he was destined to do.  Kyle, showed signs of his dedication and deep conviction of family and freedom throughout his life.  Though nothing would have prepared us for his ultimate sacrifice.﻿

Cpl. Kyle R. Schneider was born on January, 8th, 1988 in upstate New York. He is a 2006 graduate of C.W. Baker High School in Baldwinsville, NY, where he played baseball, football and ran track. Kyle loved the outdoors and was an avid hunter and fisherman. Kyle attended

Onondaga Community College in the Criminal Justice Program. In March 2008 he joined the United States Marine Corps and graduated from Marine Corp
Recruit Training at Parris Island, SC, June, 2008. While at Parris Island Kyle was screened and accepted into Presidential Support Duty at Marine Barracks, 8th
& I.   After graduating recruit training he attended the School of Infantry at Camp Geiger, NC and earned the
Military Occupational Skill of 0311, Infantryman. Kyle then reported to Marine Corps Security Force School in Chesapeake, VA. Upon his graduation from Security Force School he reported to 8th & I, where he served well until May, 2010.   In May 2010 he volunteered for and was transferred to Echo Company, 2nd Battalion, 8th

“Cpl. Schneider wanted to serve something higher than himself,” said Lt. Col. John D. Harrill, the battalion commander of 2/8. “I remember talking to him in the barracks, he left community college because he didn’t feel like he was doing enough for the country he loved. He certainly did something greater than himself when he came over here to fight.  Schneider was the type of person others admired and tried to emulate."

“We are here to remember a man whose life was defined by sacrifice,” said Capt. Glenn P. Baker, the commanding officer for Company E, 2/8. “Schneider was a man who most people pray to be like. He was brave, he was loyal, he was humble and the thing I knew him most for, he was selfless. There were very few days that you would find Kyle without a smile on his face.﻿"

“That was just the type of man Kyle was; he was infectiously happy,” said Baker. “I know there isn’t a man here who hasn’t had one day brightened by him. In the end though, he lived like he died,” said Baker, “putting others before himself with the same fervor, curiosity and paternity that wouldn’t let him put another in harms ways without taking most of the danger himself.”

When Kyle was selected out of bootcamp to serve in Guard Company in Washington, D.C. at 8th and I (Presidential Security), it was for the duration of his enlistment, four years. While there, Kyle served with distinction, earning the respect of his peers and superiors. Kyle loved his experience there. Everything about it. He loved his role as a United States Marine and was very proud to be one of The Few. Kyle loved D.C. He loved taking his squad of men for 8 to 12(or more) mile runs every morning around the Capital District. He loved taking his runs past The White House and around Arlington National Cemetery in time to turn around and head back east to see the sunrise. He would describe those sunrises looking past the great skyline of Washington with deep appreciation, if not reverance. Eventually almost two years into his time at Guard Company 8th and I, Kyle called home to tell us he had finally convinced 'Gunnie' to transfer him to Infantry so he could deploy to a combat zone(Afghanistan or Iraq). 'WHAT? Tell us this isn't true!' "Yes, it took some doing and several very long chats with Gunnery Sgt. but I finally convinced him." 'But you love DC, you love what your doing don't you?' " Yes I do like it here and I enjoy what I'm doing. But you see I told Gunnie it's my turn. It's time a son, a brother, a father, a husband comes home. It's my turn to serve", said Kyle.

Later after Kyle's burial we got a chance to meet Gunnie. He repeated those same words of Kyle's to us. He didn't want Kyle to transfer out, telling Kyle he was among his best. Kyle could've stayed in D.C. until march 2012 when his enlistment ended. He could have taken his experience, his Top Secret Security Clearance, and his Montgomery GI bill Benefits, and finished his degree in Criminal Justice. He would have had no problem securing a career and living on a comfortable salary. But he always felt compelled to do more. Like his urge to become a Marine right out of High School, his desire to deploy was a higher calling to Kyle. He felt he could serve more effectively as a trained Marine in combat. While serving as 3rd Platoon Team leader Kyle distinguished himself many times to his men and his superiors, and, eventually to his Nation. Only God knows what compels some men to great selfless acts of heroism. It is a gift of the spirit for the benefit of free people. As parents we were granted a very special privilege to raise and love Kyle. We are reminded that it's not what Kyle died for, but rather what he lived for that inspires. We now must ask God for some of that kind of strength to carry on and serve with that same kind of fervor and dedication that he embodied. Now kyle, it's our turn,... to make a difference. 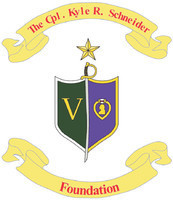 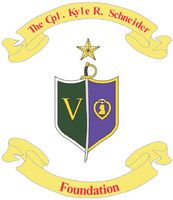